I can use a 65,536-processor computer to defeat Deep Blue in a chess match. Deep Blue's major achievement was its speed and sophisticated parrallel processing. This sounds very close to your own work. Do you think Deep Blue breaks new grounds. Or it is not yet anywhere near your own invention?

In 1989, I used 65,536-processor massively parallel computer to to perform the world's fastest computation of 3.1 billion calculations per second. Back then, IBM believed that it will be impossible to use thousands of processors to solve scientific and for that reason refused to use massively parallel technology in computers such as Deep Blue.

Using computers to play chess has something in common with using computers to discover and recover more oil. Both applications are computation-intensive because governing rules must be implemented for several locations or objects. 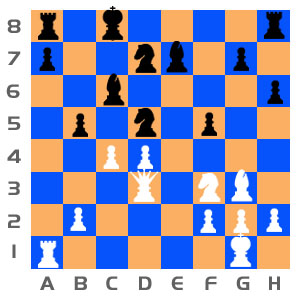 
In chess playing, there are thousands of options and evaluating each option requires thousands of calculations.

In petroleum reservoir simulation, there are thousands of oilfield locations and determining the amount of oil that can be recovered from each location requires thousands of calculations.